Originally established in 1954 then bump-started again in 2006, the Vespa Club of Ireland – Cumann Vespa Na hÉireann is a nationwide network of Vespa enthusiasts whose main goal is to promote the Vespa lifestyle and preserve Vespa heritage in Ireland.

Back in the early days of the 1950s the highlight of our social year was taking the pilgrimage north to meet our friends in the Ulster Vespa Club for their annual rally, the UVC or “branch 55” of the Vespa Club of Britain still enjoys a healthy following today.

As well as supporting local Irish events, these days the highlight of the year is attending Vespa World Days, this is the spiritual successor of the historical Eurovespa which was the annual European gathering of Vespisti which our founding members attended as far back as 1960 when it was held in Rome. More recently however we’ve set off on adventures which have taken us to countries like the UK, Norway, Italy, Croatia, Hungary, Belguim and France.

As a member you’ll get to connect with a global community of Vespisti through our affiliations with the Vespa Club Europa & the Vespa World Club. Our job is also to support traveling Vespisti from overseas so by becoming part of the extended Vespa “family” you also get to enjoy the same level of hospitality when travelling abroad. If you plan on any European travels be sure to check out the Vespa Club Europa calendar for events that may be planned for your destination.. 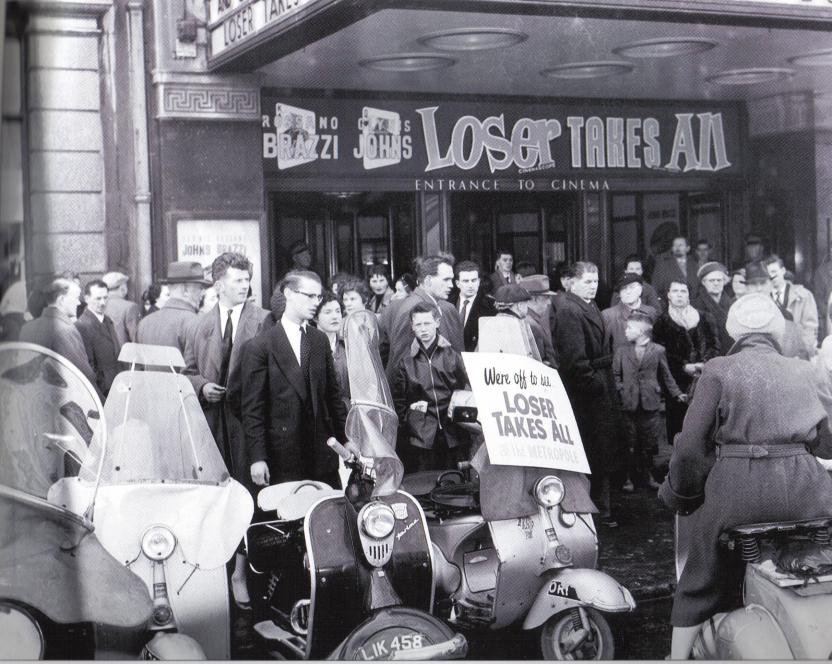 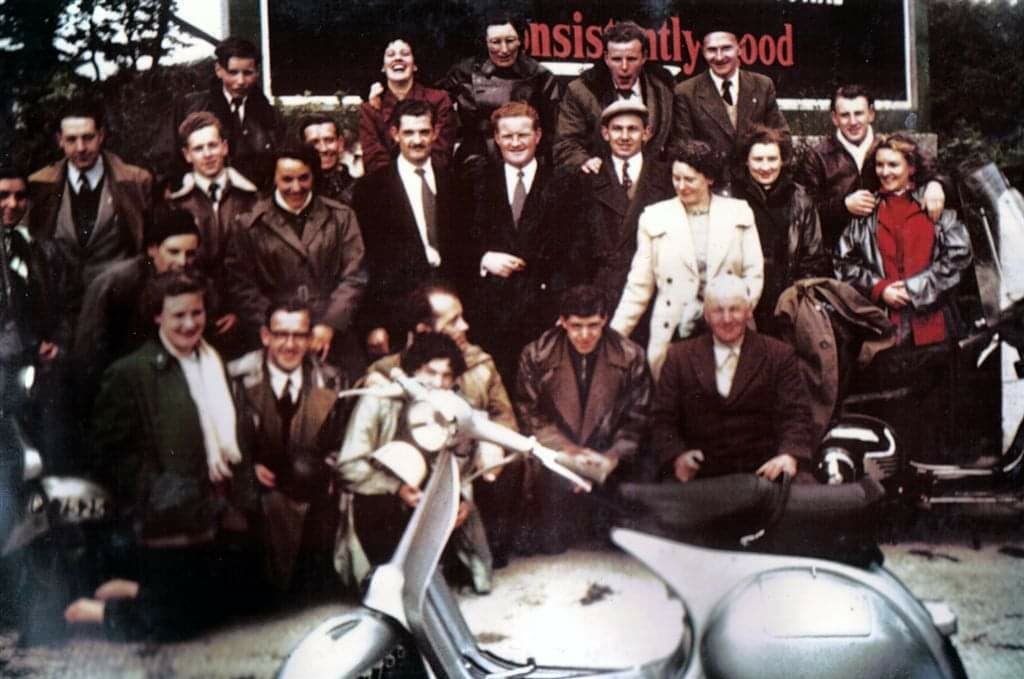 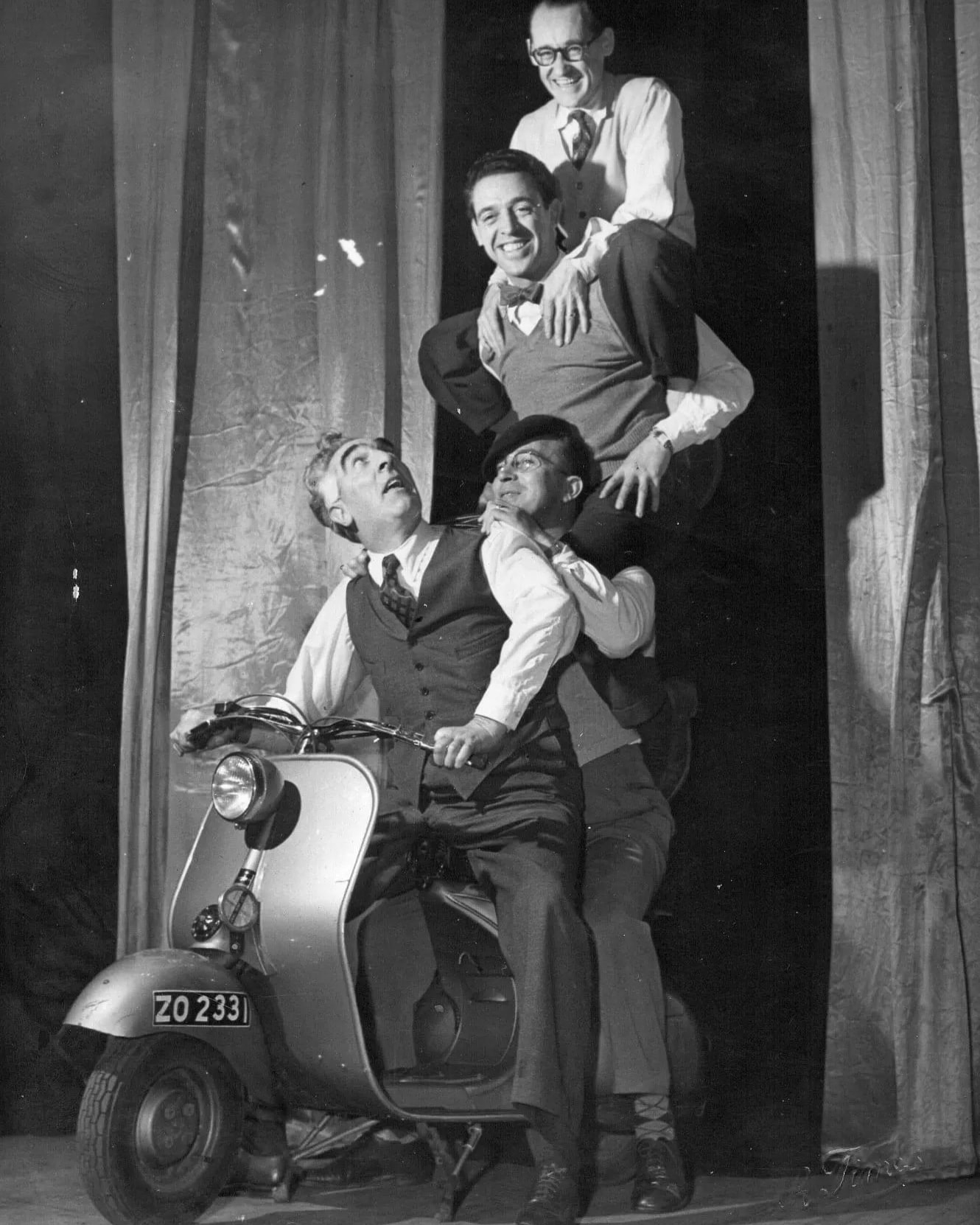 Noel Purcell, Jack Cruise, Eddie Byrne and Phil Donoghue rehearsing at the Theatre Royal in Dublin in the 1950s 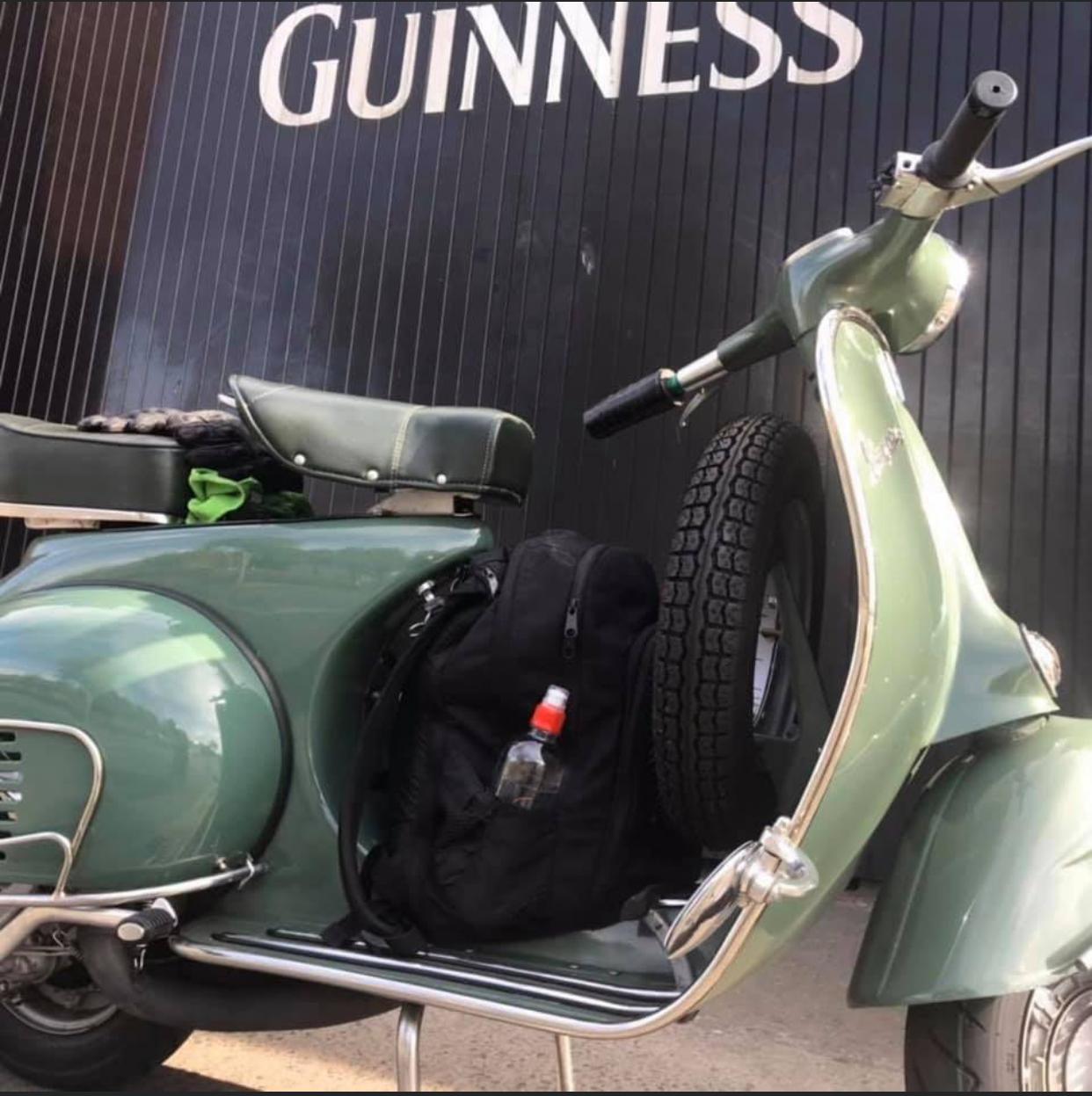 When it comes to either preserving and restoring older vehicles or just keeping newer ones on the road, members get to tap into the collective knowledge and expertise built up by their fellow enthusiasts over decades. They also enjoy significant VCI discounts at relevant retailers which cuts the cost of servicing, maintenance, repairs and customisation.

Once you take out membership you’ll also have access to tickets for World Vespa Days, Eurovespa and British Vespa Days events. You can also join the VCI private member’s Facebook group where you can enrich the group with your Vespa stories, share ideas, ask questions, arrange local meet-ups, keep updated on scootering events, advertise items wanted or for sale, post photos or just chat with colleagues, all with a reasonable degree of privacy. 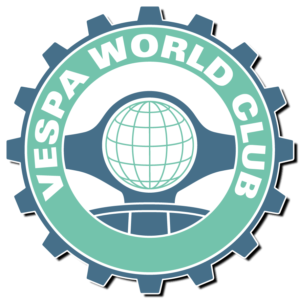 This website uses cookies to improve your experience while you navigate through the website. The cookies that are categorized as necessary are stored in your browser as they are essential for the working of basic functionalities of the website. We also use third-party cookies that help us analyze and understand how you use this website. These cookies will be stored in your browser only with your consent. You also have the option to opt-out of these cookies. But opting out of some of these cookies may have an effect on your browsing experience.
Necessary Always Enabled